Skip to content
HomeEnvironment(s) in Public: Histories of Climate, Landscape & Ecology at UEA

Following my recent visit and presentation at the University of East Anglia for the Environment(s) in Public workshop, I returned pleasantly surprised by the plenary session. Two great talks and a intriguing discussion from Professors Mike Hulme and David Matless certainly got the event going!

Cultures of Climate: From Antiquity to “The Climate System”

Professor Mike Hulme (Professor of Climate and Culture, KCL) began discussions by relating a cultural history of climate – tackling that age-old question of how changes in climate can interact with society. We currently possess a specific, constructed idea of a global climate, but there are other ways we can think (and have thought) about climate and how it interacts with humans. The recent 2014 IPCC Synthesis Report made use of several terms and ideas indicative of our present ideas of climate, including “the climate system,” the fixing of a global objective and the world acting together to restrict warming.

Four historical views on climate were introduced, beginning with Greek ideas of climates (or “Climatica”) fixing human life and society. Local climates could fix behavior – placed in the European context, this scheme manifested itself in the development of national characteristics, which often associated warm or tropic areas with sloth and idleness. Or in a more sophisticated manner, the Annales school of historical thought incorporated geography and climate into their understanding of historical development. Next up was the early nineteenth century and Alexander von Humboldt (everyone’s favorite biogeographer). Climate was now related to the distribution of species for Humboldt, who saw himself as unifying disparate scientific domains, discovering “definite laws” as part of Europe’s civilising mission.

Moving into the more recent past, the twentieth century brought quantification and enumeration to climate science. Bringing order and predictability to climate was of great important to developing nation-states. During the 1980s, the contents of the recent IPCC terminology and methodology were established. Earth system scientists created an interconnected planetary system, bringing issues of complexity, the need for simulations and mathematical models, but also possibility of prediction. Intriguingly, all of the historical ideas covered are still in circulation in our cultural world (in one form or another).

Professor David Matless (Cultural Geography, University of Nottingham), then treated the workshop-attendees with extracts from his (2014) book In the Nature of Landscape: Cultural Geography on the Norfolk Broads, which covers narratives of leisure, natural history, landscape and conservation. This contribution kicked off with a potent observation from Prof. Matless, namely that landscapes such as the Norfolk Broads are haunted by their prospective end (in this case, flooding from rising sea levels).

As a framework for the following talk, the term “Regional cultural landscape” was introduced and the question asked: What follows from the use of this term? To use “regional” with any kind of meaning, the complex and somewhat controversial model of cultural geographies of scale was invoked. Two key points on geographical scales followed: 1) Scales are relational and are intertwining with one another, with concepts of “environments” being produced through this. 2) Scale and its definition is an active cultural force. But how can one define them? What is the cultural context of this definition?

The Norfolk Broads then had their history recounted as a scientific environment, beginning with the 1911 meeting of the International Phytogeographic Excursion (IPE). This body was working on the vegetation of British Isles, attempting to create a common language of ecology, with participants including such notable names as Arthur Tansley. The IPE toured numerous river valleys in the Broads region, but simply refused to work with local naturalists. After all, in 1904 the British Vegetational Committee (forerunner to the IPE) had resolved not to rely on “local workers.” The local naturalist society returned the favour in kind, simply ignoring the work of the IPE in their region. 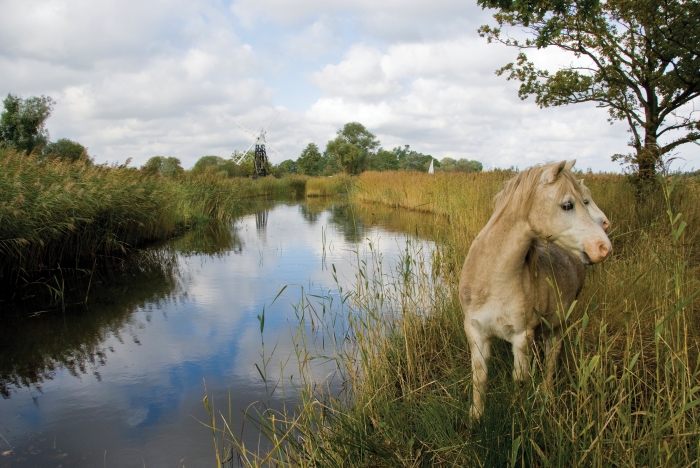 Questions for the History of Environmental Sciences

Both these talks raised questions of considerable interest when discussing the relationship between science and the environment. In terms of scientists communicating with the public on environmental crises, Prof. Hulme contrasted responses to two twentieth-century atmospheric dangers, ozone depletion in the 1980s and climate change. For the former, science used models to engage in politics. However, such an approach may not be successful with climate change as there was no cultural history of ozone (as a previously unknown phenomena). A lack of inherited stories and experiences forced reliance on quantitative, scientific modelling. For climate change, scientific accounts presented to us and arguments for political action are saturated with “global imagination,” borne of the 1980s “climate system,” which cannot sit well with all human experience and tradition.

In an engaging discussion, questions on expertise in science were raised. Prof. Matless’s example of the IPE and local naturalist societies demonstrated that questions of authority in science are based on locality. Sometimes a scientist’s authority is improved by field experience, but sometimes not (this being issues of language and translation). Prof. Hulme finished on the intriguing note that in 1938 Guy Stewart Callendar made the connection between rising land temperatures and carbon dioxide, but was received sceptically. This was in part because of his training as a mechanical engineer, which  did not sit well with meteorologists.

Science, whether warning us of climate disasters or cataloguing regional vegetation, is very much dependent on culture and scale when making claims to knowledge.

One thought on “Environment(s) in Public: Histories of Climate, Landscape & Ecology at UEA”

I am a PhD student in the History and Philosophy of Science. My research interests include environmental history and the history of agricultural biotechnology and the life sciences.

My Tweets
Join 36 other followers

Exploring the history of prisoner health

Prisoners, Medical Care and Entitlement to Health in England and Ireland, 1850-2000

A History of Science, Technology and Philosophy in Literature

Notes on place and landscape in Nova Scotia