This eclectic volume emerged from discussions between members of the Bio-Techno-Practice (BTP) think tank at the University Campus Bio-Medico in Rome. Its authors found reoccurring questions in their discussions on cancer, other complex diseases and systems biology. These included the ubiquity of “bio” as a prefix, the dichotomy of reductionist verses systemic views and progressive convergence of explanatory systems, in fields ranging from ecology to robotics. Each contribution in this volume is linked by the relationship between “Bio” (the biological or physical world), “Techno” (how we conceive this world, through software, instruments or scientific paradigms) and “Logos” (our scientific understanding and representation of the world). Three chapters out of eleven are discussed below:

Robotics is a young discipline – the first modern robot was installed in a New Jersey General Electric plant in 1960. Today, robot design can be based on a “biomechatronics” approach – combining information and methods from control engineering, mechanical engineering and the life sciences. The result is “bioinspired” or “biomimetic” robots, better able (in theory) to negotiate uncertain, real-world environments. Intriguingly, this approach builds on Norbert Wiener’s 1943 conception of cybernetics, “a unified approach to the study of living organisms and machines.” Practical results include octopus-like robots displaying “embedded intelligence” and wearable robots imitating symbiotic organisms.

Managing Complexity: Model-Building in Systems Biology and its Challenges for Philosophy of Science – Miles MacLeod

Systems biology is described by MacLeod as not “normal science,” posing distinct challenges for philosophers of science. Based on a five-year ethnographic study of two systems biology labs, MacLeod claims that systems biology (loosely defined as an attempt to model complex biological systems using computers and mathematics) positions itself against other biological fields like molecular biology. The former uses “mesoscopic modelling,” neither a “top-down” nor “bottom-up” approach to biology, above the molecular level but incapable of encompassing biological phenomena like disease. Systems biologists are ambivalent about general theories of biological systems and often pursue different modelling agendas. Methodological and epistemic diversity define the discipline. As such, a philosophy of scientific practice that explains how this diversity trades off against disciplinary certainty and approaches to handling complexity is required to encompass it.

A prevailing brand of thought in the philosophy of biology is that the teleology (or purpose of) organisms can be explained by empirical forces which are themselves not intrinsically teleological. A real-world example would be August Weismann’s claim that the “philosophical meaning” of Darwinism is found in the principle that evolution “does not act purposefully, but nonetheless brings about what is suitable for an end.” This mechanistic approach dispenses with both nineteenth-century reductionism and the positivist unity of science. Yet Buzzoni declares that a mechanical investigation of life cannot dispense with teleology or final causes. Teleology is not only essential to causal imputations, but acts a powerful “heuristic-methodical device” to investigate biology in a testable and reproducible way. Purpose should not be excluded from the scientific-experimental investigation of biology, as this assumption makes it possible to examine mechanical, physio-chemical laws and connections in organisms.

Although complex in some areas, The Future of Scientific Practice tackles significant hurdles in the philosophy of biology, while firmly grounding itself in contemporary science.

Marta Bertolaso (ed.) The Future of Scientific Practice: ‘Bio-Techno-Logos’ (London: Pickering & Chatto, 2015) is available in hardback and as an ebook (£24 incl. VAT for PDF, £20 excl. VAT for EPUB) at: www.pickeringchatto.com/BTL 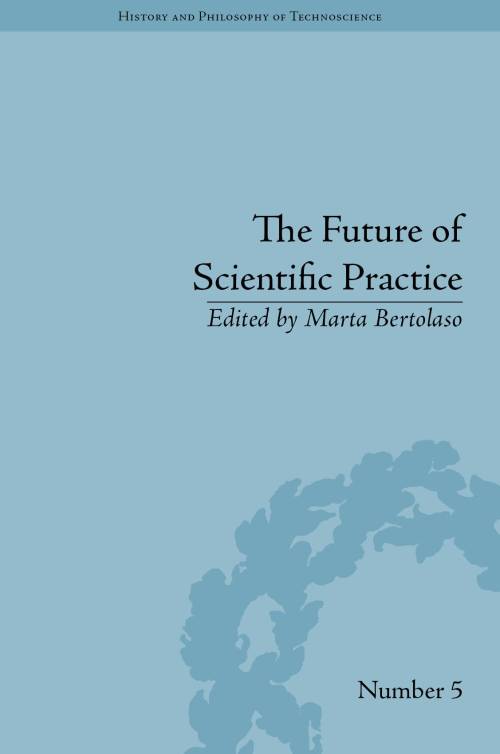 One thought on “Book Review: The Future of Scientific Practice: ‘Bio-Techno-Logos’”

I am a PhD student in the History and Philosophy of Science. My research interests include environmental history and the history of agricultural biotechnology and the life sciences.

Prisoners, Medical Care and Entitlement to Health in England and Ireland, 1850-2000

A History of Science, Technology and Philosophy in Literature

Notes on place and landscape in Nova Scotia